On several of our test computers, a new release of Microsoft Update named KB3035583 has been offered through Windows Update.
This version's revision number is 202.
Its "last revision date" is 2015 December 15. 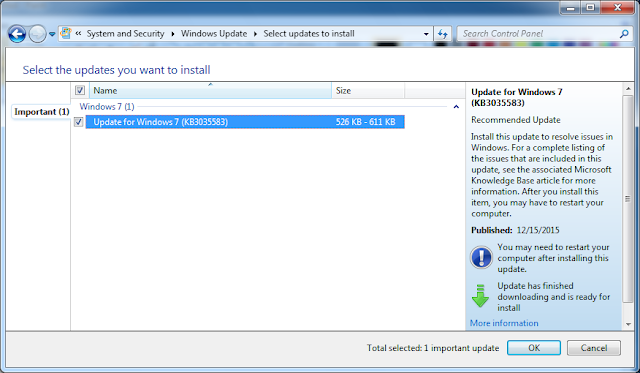 It is marked "Important" so it should be pushed to your computer if you are using recommended Windows Updates settings (which you should in most cases)
Not all our test machines have been offered the newer KB3035583 yet, but we know it will be pushed to all Windows 7 and Windows 8 machines (except those running Enterprise edition) sooner or later.

This new KB3035583 will install, or reinstall if you previously disabled them, the "Get Windows 10" and GWX components: https://support.microsoft.com/en-us/kb/3035583


In order to avoid being annoyed by "Upgrade to Windows 10" (or even have your computer been upgraded without your knowledge), one can use our free utility "Win10wiwi".

Users who have already run Win10wiwi in the past will usually have to run it again to disable GWX and KB3035583 again.
It is available here:
http://win10wiwi.com


We are in the process of releasing a Pro version of Win10wiwi that would automate the monitoring of GWX components and disable them automatically, without requesting the user to run it manually, even when Microsoft releases newer versions of Windows Updates responsible for installing the various components involved in the "Upgrade to Windows 10" process.
This version will not be free, but the free version will still be available.
We do not know the price of the Pro version yet, certainly around $10/10€.
Users that have been supporting us by sending more than $5/5€  on our "support us" page http://win10wiwi.com/buysomething.com prior to the release of Win10wiwi Pro will be entitled to at least one license of the pro version of Win10wiwi (one license for each $5/5€ spent on our "Support Us" page).

SysStreaming a développé  l'outil gratuit Win10wiwi (Windows 10 when I want it). 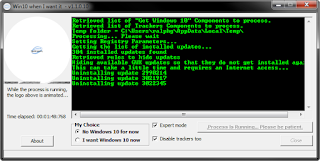