Using Windows 7 and Windows 8 during the next 4 to 7 years.

Windows 7 is supposedly supported until 2020, and Windows 8 until 2023. However, Microsoft announced on 2016-01-15 (YYYY-MM-DD) that newer hardware will certainly not be able to run Win 7 or Win 8.
Supporting older hardware with newer OS has also a cost that is certainly relatively important, maybe within the same order of magnitude than supporting newer hardware on older OSes. Wouldn't it be a little hypocritical to invoke cost savings then?

Then, if Microsoft allows, on a given platform, only older server OS to run on newer hardware and not the equivalent desktop OS, it will have to be a software limitation. A little hypocritical too, isn't it?
Microsoft seems to be aggressively pushing Windows 10 to as many devices as possible, including now computer identified as operating in SMBs. 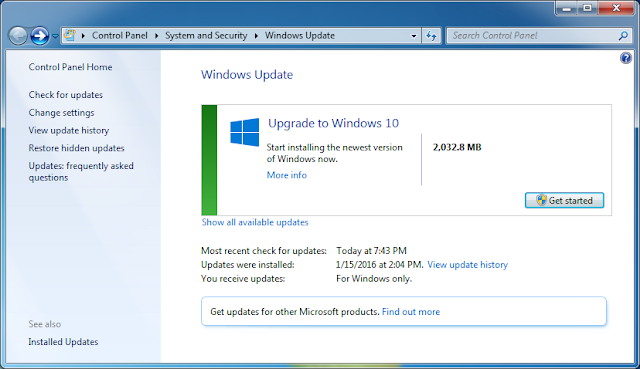 We can suspect that this politics is not only for improving quality or reducing cost of supporting the older software/OSes, since supporting older hardware on newer OS has a non negligible cost too.
Win10 embeds a lot of telemetry (some say that "telemetry" is the politically correct word for "sneaky spying"... Although I would go as far as that, I think that users must have a greater choice over what is shared with the makers of the software they use). Windows 10 comes with some components designed to report some statistical details to third parties. These stats have a real value in today's world, but this value is not really shared with the user (except, that is true, by offering them a free upgrade...).

A large proportion of users, especially those who rely on their Wintel system professionally, actually want to have more control than what Microsoft currently offers.
Why would dentists, bakers and lawyers take the risk of changing their (operating) systems that are correctly working along with their applications when everything seems to be OK?
How many users have suffered from a problem while upgrading to Windows 10, not being able to restore the previous system? Even 10% would be far too much, especially when users have not been given a real choice not to upgrade.

An ecosystem is emerging, aiming at bringing more choice and control to Windows users. Among the first achievements in this ecosystem one can find some tools design to give more choice and control to users regarding the upgrade to Windows 10 on systems currently running Windows 7 and Windows 8. "Win10wiwi" is a part of this ecosystem, designed to be really easy to use and reliable for users who want to stick to their beloved Windows 7 or Windows 8.1 systems. 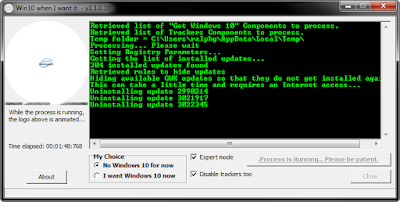 What about the other Windows updates?

Monitoring the important and critical Windows updates and deciding which ones to install is not an easy thing, especially for users which are not IT professional but who rely on IT for their daily job.

When something called "Update for Windows 8.1 (KB2977678)" is offered, how would a user get some details about it ? It requires having to click on a link describing this update (if such a link is proposedn, which is not always the case...) and translating the jargon in order to understand what this particular update will actually do on the systems it is installed on. In the image below, one would have to click the "more information link", for instance. 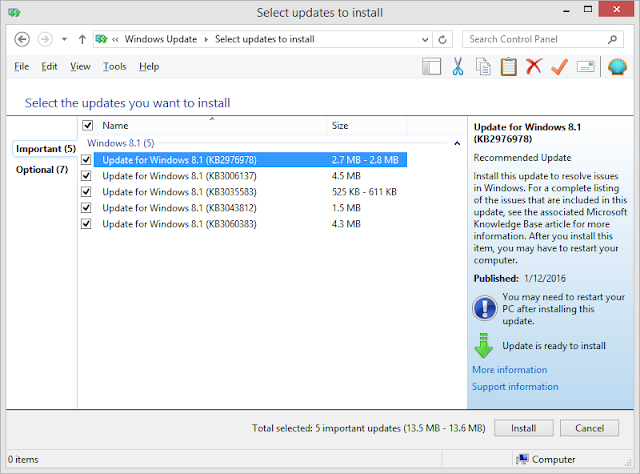 When one clicks the "More Information" links, one ends up with this web page: 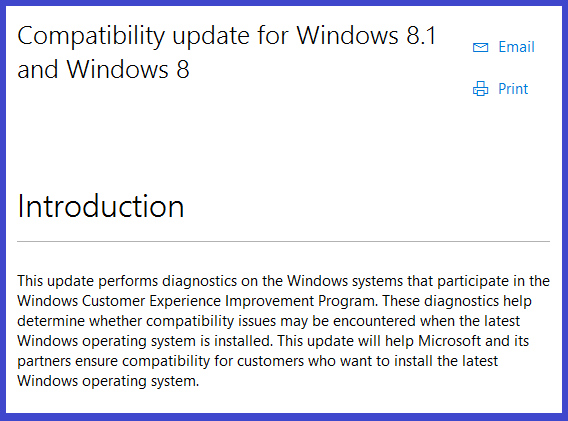 It is not that easy to understand what this update actually does, if it is necessary to install it, if it installs some spies in the system, and what will happen if this update is not installed.

At SysStreaming, we are IT professionals and we are planning to offer some services that would do exactly that: based on the user choices, we would select, for them, which updates to install, and which ones not to install. For instance, updates that are identified as containing telemetry would not be pushed to systems for which the user has decided not to allow telemetry.

Windows was good at giving its users more choices than some other OSes (OS X for instance)  and at allowing backward compatibility. It may loose some traction if it looses these aspects of its ecosystem.

By giving back more power and control to the users, SysStreaming is actually making Windows ecosystem a better system. Microsoft should thank us I think!