Microsoft is currently rolling out several new Windows Updates that are clearly aimed at pushing Windows 10 to existing Windows 7 and Windows 8.x system. And it begins to become more aggressive each time.

They are (almost all) optional.
For now... But there is something very weird.
Check below.


Here is what can be read on the support pages for these updates, as well as some details that we were able to gather about them:

This update helps Microsoft make improvements to the current operating system in order to ease the upgrade experience to the latest version of Windows. 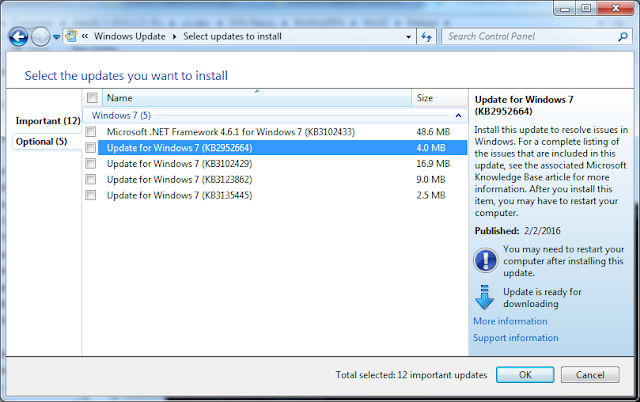 And the Important Update says: 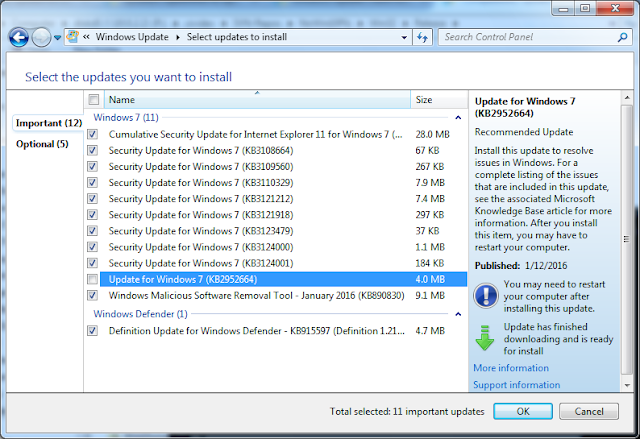 You read correctly!
There can be two versions of KB2952664 pushed simultaneously. v203 is an important update while v200 is an optional update. Usually however, you should get only the latest one.

Compatibility update for Windows 8.1 and Windows 8


Now the two other updates that are related to "updategate" upgrade to Windows 10 are the following:

This article describes an update that contains some improvements to Windows Update Client in Windows 7 Service Pack 1 (SP1) and Windows Server 2008 R2 SP1.

So far, the two last updates are marked optional, meaning that they should not get installed on too many systems by default. We advise users who do not want to upgrade to Windows 10 not to install these updates.


Systems that have opted-out the upgrade to Windows 10 with win10wiwi should not have any problem with these updates, as the core upgrade engine has been disabled. But if you have any doubt or if you feel that your Windows 7 or Windows 8 systems became slower lately (since the upgrade process can take quite a lot of resources), you can re-run win10wiwi again, it will not do any harm. And it will prevent the two versions of KB2952664 to be offered to your system.


However, win10wiwi ecosystem will soon be updated to take these new updates and this new behavior into account.